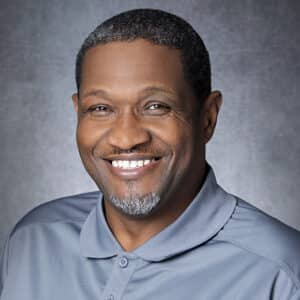 A Nashville native and Glencliff High School graduate of 1994, Eric Evans began his life’s work in service to his community in 2000 as a Mt. Zion Youth Ministry mentor. From there, he mentored youth at Oasis Center and GENESIS Inc. a youth mentorship, education, and crime prevention program until he started at the YMCA. In 2004, Eric became the Campus Life Director for YMCA of Middle Tennessee. In 2010, Eric was promoted to Senior Program Director of the YMCA program YBuild until it’s closing and transition to the independent nonprofit organization now known as 4:13 Strong in 2015, where he continues to serve as Program Director. Eric has been recognized by the community for his incredible service over the years, earning the Dr. Dorothy L. Brown Humanitarian Award in 2015 and The Minerva Foundation Citizen of the Year Award in 2016.